Cockroaches pose a serious threat to human health. They emit allergens that worse asthma symptoms and transmit pathogens that may lead to diseases and ailments. Cockroaches are also loathed by people and invoke a stigma that creates the perception that infested homes and businesses are dirty and disgusting. Also, they reproduce quickly (30-40 nymphs every 80 days) and leave feces in corners, cracks, and crevices.

Baits: We apply baits that are carefully placed in areas that people cannot access (unless purposely done so). Baits use the “domino effect,” a delayed action kill that allows foraging cockroaches to take bait back to the colony- wherever it may be hidden. The residual effectiveness last up to one year unless all the bait is consumed. Baits are the idea choice due to their effectiveness and the ability to be placed in sensitive areas.

We apply residual contact sprays that can be used as crack and crevice, spot or broad cast applications indoors and around the outside of structures. They are also broad spectrum and will control a wide variety of pests including the targeted cockroach.

A broad spectrum granular contact product is also an effectively solution for wide open spaces outdoors with visible cockroach activity, as well as hard-to-reach areas at the base of thick ground cover around the perimeter of structures.
AMERICAN COCKROACH
Appearance:

The largest of the common cockroach species, about 1-1/2 inches long; reddish-brown wings with light markings on thorax.
Habits:

Female needs to mate only once to produce many egg capsules; each capsule contains an average of 13 eggs; nymphs molt 13 times, in about 600 days, before reaching maturity; can live up to 15 months.
Other Information:

Have shown a marked attraction to alcoholic beverages, especially beer; also known as the water bug. 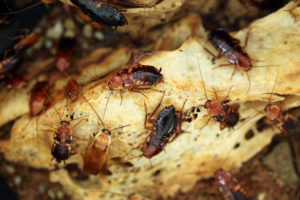 Nocturnal; can fly; may be found throughout any structure, but prefer dry, warm areas, high locations, and inside furniture.
Diet:

Scavengers; eat a variety of foods, but prefer starches.
Reproduction:

Female carries egg capsule for 24 to 36 hours, then attaches it underneath or on the side of a protected surface; capsules contain an average of 18 eggs; nymphs reach maturity in an average of 161 days;
adults live up to 10 months.
Other Information:

Sometimes confused with German cockroach; frequently transported in furniture; not as dependent on moisture as other species.
German Cockroach
Appearance:

About 5/8 inches long; light to medium brown, with two dark longitudinal streaks on the thorax.
Habits:

Females produce one egg capsule every 20 to 25 days; each capsule contains from 18 to 48 eggs; newly born become adults in as little as 36 days; adults can live up to one year.
Other Information:

Egg capsules contain 16 eggs; female will produce an average of eight capsules; nymphs go through seven molts before becoming adult, in about a year; adults can live up to 180 days.
Other Information: 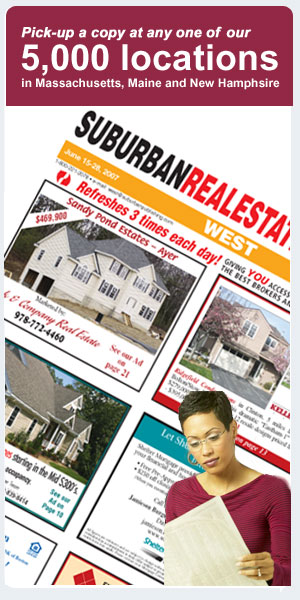